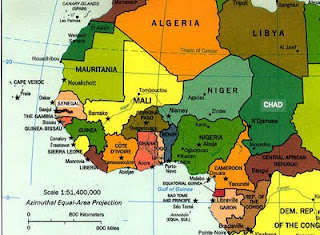 Media practitioners, civil society representatives and some academics from some Commonwealth countries in Africa recently completed a forum in The Gambia in which the roles and responsibilities of the media in economic and political development were discussed.
Organised and financed by the Commonwealth Secretariat, in collaboration with The Gambia Government, the forum stimulated debate on emerging economic development and democracy issues as well as journalism professionalism in the region.
The programme was divided into two parts. The first part, held on 1 and 2 August at the Sheraton Hotel and Spa in Brufut, was a regional forum where delegates identified media training and capacity building priority needs, especially in communication and media for development.
This was followed by a three-day capacity building workshop specifically designed for Gambian journalists, and held at the University of The Gambia Law Faculty at MDI Road in Kanifing.
“The forum avails participants the opportunity to learn from experts the ethics, responsibilities and techniques of professional journalism and the need to position the media as a tool for economic development, enhancing democracy through impartial, balanced and mature reporting,” said Alhaji Cham, Gambia’s Minister of Information and Communication Infrastructure during the opening ceremony of the forum at the Sheraton Hotel on Monday.
Minister Cham acknowledged that the media is both an influential and inevitable element in the socio-economic and political development of any nation.
“The role of the media is crucial in disseminating information and sensitizing the public now than ever before,” he said.  “Through the media the world wakes up every day to face and listen to the ravaging consequences of political divisions, conflicts and wars and economic crimes or appalling statistics on the rate of poverty, and hunger.”
Indeed, for information to be processed adequately and effectively, critical issues of capacity development, financial support, strengthening of private sector participation, and a fundamental realignment of donor engagement with Africa’s media industries need to be addressed.
“The role of the media is undisputed,” said Dr Mamadou Tangara, Minister of Foreign Affairs, International Cooperation and Gambians Abroad.  He says the media is expected to inform, investigate, educate and entertain.
“But we also know that the media sometimes distort and mislead,” he observed. “The media should not be used as a platform to destabilize existing institutions but rather to create conducive environment for cooperation between media and government for national development.”
A deep democracy functions in no small part through an informed and engaged citizenry.  Therefore, the media should also provide a realm for debate and a lubricant to the effective functioning of democratic processes.  It should present itself as the voice of the people, accommodating all constructive and substantiated views and ensuring that marginal voices and ideas are also heard.
Ayo Oke, Head of Africa Section, Political Affairs Division of the Commonwealth Secretariat in London, who was also at the workshop, said it has been argued that the media has three key roles in contributing to democratization and good governance.
Namely, he said, it serves as a watchdog over the powerful and promotes accountability, transparency and public scrutiny. As a civic forum for political debate, the media also facilitates informed electoral choices and actions, and as an agenda-setter for policy makers, it strengthens government responsiveness to social problems and to exclusion.
Posted by Gambia News Online at Thursday, August 11, 2011