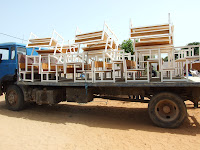 A Dutch foundation, ‘Gambia Speelt Mee’, has donated sets of tables and benches to Aunty Dorricing’s International Nursery School in Brufut Ghana Town.  The handing over ceremony of the furniture was held at the school’s ground on Monday. 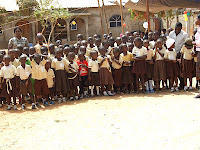 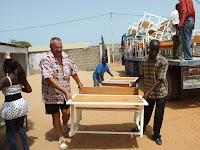 The foundation donated 36 set of tables and benches 24 of which are sponsored by Madam Therese Min, the wife of the initiator Gambia Speelt Mee, Mr Bert Min.  The rest, 12, was sponsored by A.D.I. Funds for Schools, a UK based charity organisation established to support Aunty Dorricing’s Nursery School. 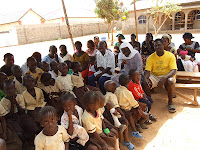 Each of the donated tables and benches can be used by three pupils.  Initially, the pupils of the nursery school used to sit on empty crates and some dilapidated benches – without tables. 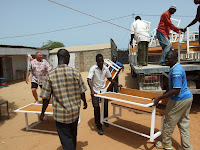 Speaking at the handing over ceremony, the chairperson of the ceremony, Susana Baiden, said the school teachers and the pupils welcomed the support as it will contribute to the progress of the school.   She noted that the furniture will further enhance the quality of education being delivered by the school. 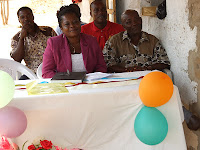 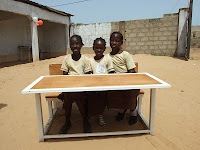 “Now, we are assured that more children will be comfortably seated to pay attention to lesson,” she stated.

Mrs Baiden told Mr and Mrs Min that the pupils of the nursery school see them as great providers for putting smiles on their faces. 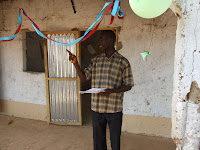 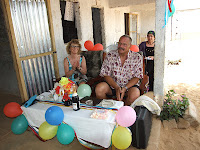 The principal of Aunty Dorricing’s International Nursery School, Mr Alexander Mensah, stressed that he is so pleased to receive the furniture because the pupils have not been sitting on good furniture for the past four years.  “So I am really honoured by this gesture,” he said.

The school started operations in 2009/2010 academic year and since then none of the six classrooms in the school have good seats.

The school principal said, before now, the pupils used to sit on empty crates.  Then the school later got some carpenters to help with some temporary benches but even those benches are dilapidated now. 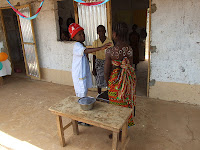 “So when Bert visited the school during the last academic year to install the playgrounds equipments – three swings - he was touched to see the children sitting on empty crates to attend lesson,” Mr Mensah said.  “This is why when he went back to Holland, he talked to his wife to see what they can do and thank God the wife decided to sponsor the school with some tables and benches through the foundation – Gambia Speelt Mee.”

Bert Min, initiator of Gambia Speelt Mee, said he is very pleased that his foundation is helping the pupils with the essentials that they need to attend lesson comfortably.

He said initially, he donated the school and other schools with playground equipment because he did not know that the pupils do not even have the essentials classroom furniture.