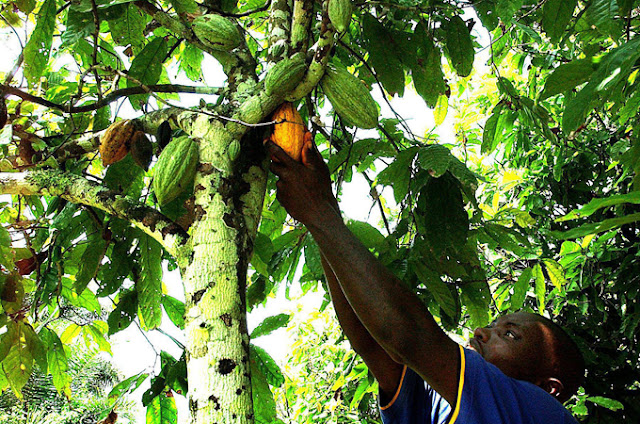 Many African countries' main exports are raw goods like cocoa and cotton, not manufactured products     [EPA]

Greater African unity has long been a cherished but elusive goal.
The recently completed 19th African Union Summit has again given a renewed impetus to establishing closer economic and political ties among the continent's 54 states, based on a heightened appreciation of the need for more intra-regional trade. Hence the theme for this year's summit: "Boosting Intra-African Trade".

The situation is disappointing: Intra-African trade has remained consistently low compared to its trade with other continents.

According to the United Nations' Economic Commission for Africa, more than 80 per cent of Africa's exports are destined for outside markets, with the European Union and the United States accounting for more than 50 per cent of this amount. Asia and China in particular, are also important export markets for African countries.

At the same time, Africa imports more than 90 per cent of its goods from outside the continent, despite its rich resource endowments, which provide the potential to supply the continent's own import needs.

In 2010, just 11 per cent of Africa's total trade took place among African nations, according to a report published by the Economic Commission for Africa. This can be attributed partly to the slow implementation of regional integration agreements designed to eliminate trade barriers.

However, even when tariffs and other barriers have been dismantled, commerce between African countries has yet to register any significant increase. Most African countries have continued to export primary commodities to developed countries and imported finished products from outside the continent.

If African countries cannot produce and sell more manufactured goods to their neighbours, no amount of trade liberalisation will significantly boost the volume of regional trade.

In fact, because these liberalisation policies open African markets to cheap manufactured goods from the West, local manufacturers across the continent have been harmed. Hundreds of firms have gone out of business, further eroding industrial production and leaving African economies even more dependent on the export of raw materials like groundnut, cocoa, cotton and others.

The story of manufacturers in the West African state of the Gambia is the same as in most African countries. "The dumping of cheap imported goods in the country is ravaging and virtually killing the local industry," Saja Sambou, an executive member of the Gambia's manufacturers' association, said.

"We face very intense competition from Brand B products," he explained, referring to imported items similar to ones produced in the country. According to Sambou, unless local manufacturers are protected, intra-African trade "will be difficult to enhance".

African leaders and ambassadors have signed several unfair trade treaty agreements and joint-venture deals on behalf of their states - and many of these deals are in force for seemingly endless periods.

It was the understandable desperation of African nations to fully integrate into the wider world economy that led them to hastily conclude often one-sided but legally enforceable treaties with several non-African states and other Western-dominated "international" bodies, such as the International Monetary Fund, the World Bank and the World Trade Organisation.

Osman Kargbo, editor of the MarketPlace Business newspaper in the Gambia, has argued that trade can be boosted in Africa only when "we have leaders that are politically willing and also have the economic know-how of intelligibly controlling the micro- and macroeconomic systems of their countries".

He said the present crop of African leaders, some of whom might have the know-how to boost trade and real economic integration within Africa, are not willing to commit themselves to achieve it because most of them are stooges of Western powers and multinational organisations, some of which are not dedicated to Africa’s economic liberation and development.

Can a free trade area make a difference?

At the end of the 18th AU Summit, African leaders set a target of establishing a Continental Free Trade Area by 2017.

Although the proposed date for this may be unrealistic, Africa's economic development will be more difficult to achieve without a free intra-African economic and trading system. The key to enhancing intra-African trade is the free movement of people, goods and services. Currently, in most African countries small-scale manufacturers have difficulty getting the necessary import or export licences.

Traders are routinely shaken down at customs posts. Ordinary travellers often have to pay small bribes to get past police checkpoints.

Kargbo said the political and military conflicts that have become the hallmark of Africa do not permit an environment conducive for all the economic and financial convergence criteria to merge for the free trade area to exist by 2017.

Africa may need to extract some wisdom from the European Union and take some lessons from its integration process. The European Union only became the EU as known today after each of its members proved capable of meeting some basic economic and political standards.

African nations, therefore, need to strengthen themselves to attain some measure of individual economic and political stability before the dreams of meaningfully enhancing trade can begin to materialise.